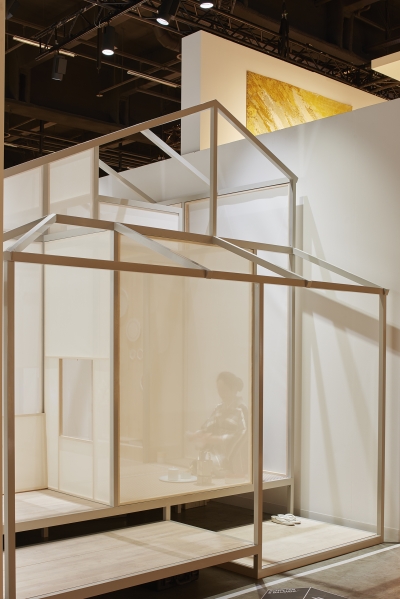 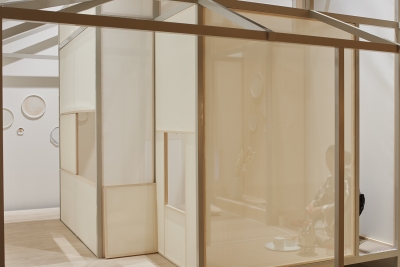 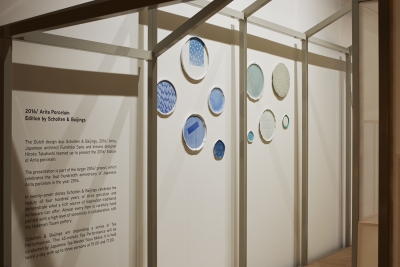 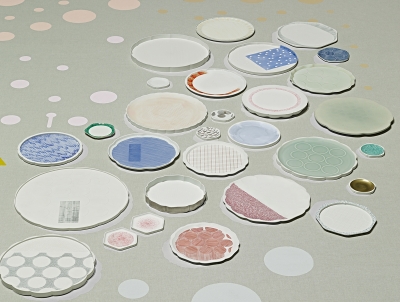 In their twenty-seven pieces of tableware, Scholten & Baijings celebrate the beauty of four hundred years of Arita porcelain and demonstrate what a rich source of inspiration traditional Aritaware can offer contemporary designers. Exploring Arita’s outstanding examples of hand-painting, the duo reviewed hundreds of pieces and came across countless techniques demonstrating incredible refinement. Almost every item is carefully hand-painted by the skilled craftspeople in Arita. Hand-painting with such a high level of sensitivity is an especially remarkable talent of Arita and particular to their collaborating pottery, Hataman Touen.

Scholten & Baijings have chosen to celebrate this unique skill, but rather than using recognizable imagery as would be customary, they have instead applied patterns that are abstractions of traditional motifs.

All the pieces of tableware have their origins in actual historical forms. But when these were superimposed on one another—by combining two, or even three outlines—complex new shapes emerged that could only be produced with the help of the latest technology. The highly detailed moulds were produced by 3-D printing and 5-axis CNC milling. Long-forgotten techniques were rediscovered and brought back to life in the final works. The designers deconstructed their selected examples, reducing them to single components. They dissected, distilled, abstracted, and then reassembled the imagery, developing a distinctive palette of shape, color, and technique.