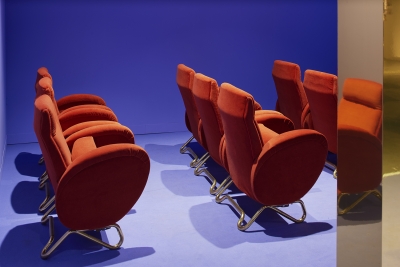 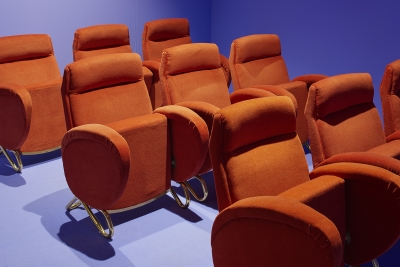 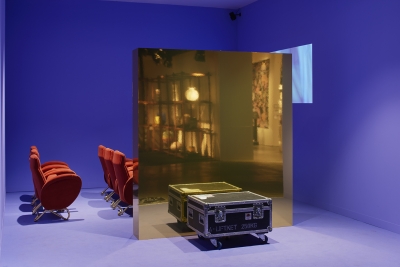 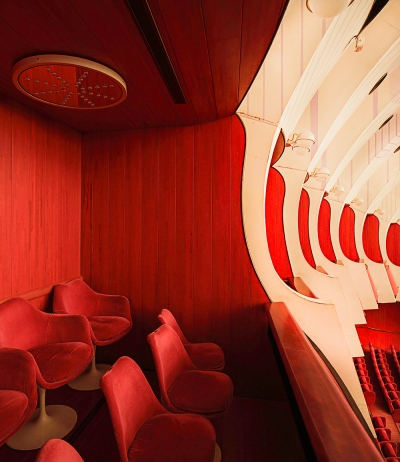 Teatro Mollino is an immersive installation of design and film that blurs the lines between architecture, cinema, photography, and performance. Bringing together a group of chairs made by Carlo Mollino for the RAI Auditorium, Torino, the presentation brings the architect alive by authentically evoking the project for which his work was originally conceived.

Mollino is one of the twentieth century’s strangest and most important architects. A polymath, he was a photographer, designer, and architect. In 1952 Mollino collaborated with architect Aldo Morbelli to design the interior of the RAI Auditorium in his native Torino. Since its subsequent renovation, the vast majority of the chairs have been lost and the building drastically changed.

Through an installation that honors Mollino’s original designs for the project and a specially commissioned film, Teatro Mollino explores the idea of theater and of watching in Mollino’s wider practice. His masterpiece of civic architecture, the Teatro Reggio di Torino, is one of the most distinctive opera houses in the world. Theater and its inherent voyeurism can also be seen in his well-known Polaroid series that was heavily staged, costumed, and set designed against the backdrop of the Casa Mollino. Theater and Carlo Mollino are indivisible—this presentation explores this intriguing dynamic.